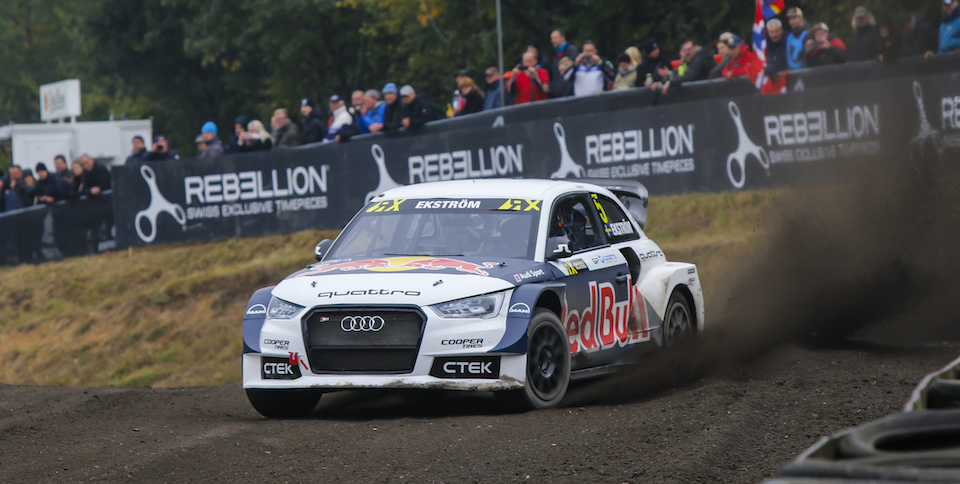 Victory for Mattias Ekström in the drivers’ standings and first place in the teams’ classification – that is the successful record for PAGID Racing partner EKS in the 2016 FIA World Rallycross Championship. Prior to the season finale, Mattias Ekström had already secured himself the drivers’ world championship title. Together with team-mate Toomas Heikkinen, he also sealed the title in the teams’ standings for his outfit during the season finale.

Mission completed: Mattias Ekström is the new FIA World Rallycross Champion. For the Swede, it is his maiden FIA world championship title. With victory in the teams’ standings, EKS completed the double of winning the drivers’ and teams’ titles.

For EKS, the final round in Argentina concluded a season in which the team dominated from the very beginning. 44 first places for Ekström and Heikkinen in a total of 131 races, four outright wins for Ekström and another five overall podium finishes for EKS clearly speak for themselves.

Mattias Ekström: “We started this project from scratch three years ago and there were a lot of ups and downs. But my amazing team, our friends and partners always stayed closely together with me. From the very first day, we were focusing on our big aim: to become World champions! It’s good to know that all of the hard work pays off now.”

From now on, PAGID Racing Brake Discs (PAGID RBD) are also available for numerous TCR cars. The new performant competition brake discs with a diameter of 378 mm are the perfect choice for TCR class machinery.

PAGID Racing at the PRI Indianapolis

From December 8 till 10, 2016, PRI Indianapolis will be open for visitors. PAGID Racing will be present with its own booth (No. 4633) at the important trade show for New Racing Technology at the Indiana Convention Center (USA).