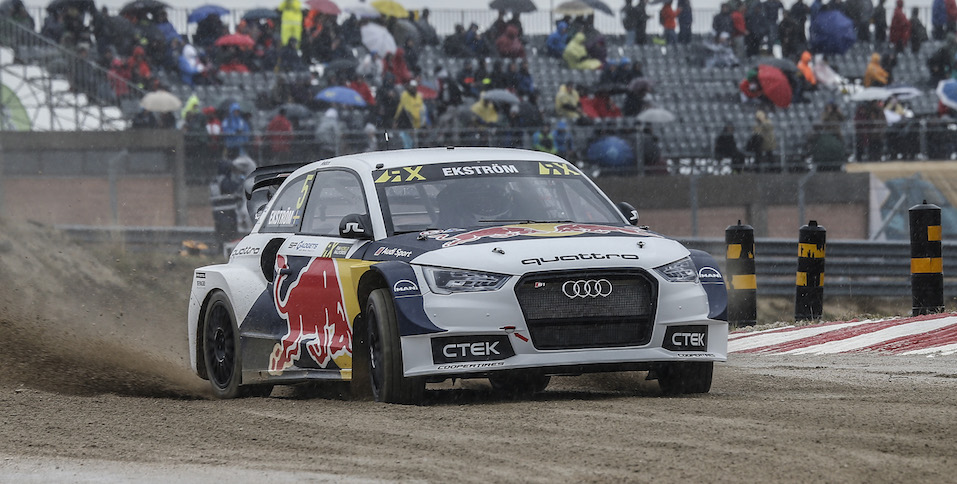 Victory for Mattias Ekström in the drivers’ standings and first place in the teams’ classification – that is the successful record for PAGID Racing partner EKS in the 2016 FIA World Rallycross Championship. For EKS, the final round in Argentina concluded a season in which the team dominated from the very beginning. 44 first places for Ekström and Heikkinen in a total of 131 races, four outright wins for Ekström and another five overall podium finishes for EKS clearly speak for themselves.

A great success for Aston Martin Racing in the FIA World Endurance Championship (FIA WEC): in the season finale at Bahrain, the team sealed the world championship titles in both the GT Pro teams’ classification and in the GT drivers’ standings (Nicki Thiim and Marco Sørensen). In total, Aston Martin Racing scored eight race wins and five further podium finishes in the 2016 FIA WEC.

PAGID Racing also had a successful season in the 24H Series: with the #10 SLS AMG, Hofor Racing claimed victory in the A6 class. Moreover, Chantal Kroll secured herself the Ladies’ Cup. Another 24H Series season highlight was the victory for Precote Herberth Motorsport with its #911 Porsche 911 GT3 R in the 24H Paul Ricard.